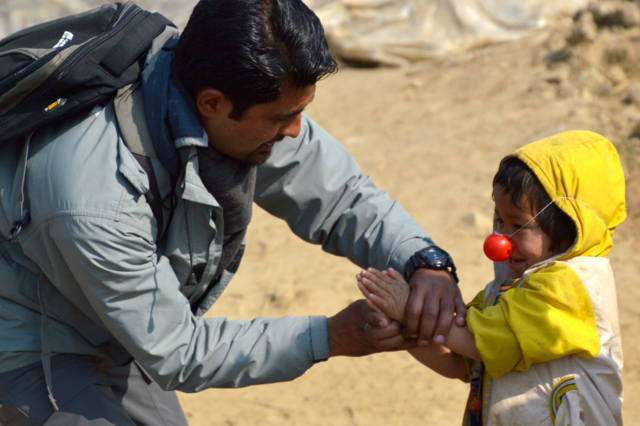 The first time we met Subarna Thapa, our friend who tragically died in a drowning accident on the weekend, was immediately following another tragic drowning. He and his colleague Nirmala KC were scheduled to meet us in Kathmandu to discuss a collaboration between UEMS (Urban Environment Management Society) and us. They were delayed because a young child had just drowned in a brick kiln pond.

That day was our introduction to the brick kilns, that difficult and harsh environment and to learning about the lives of people who work in them. It was our introduction to UEMs and the programs they run there to help ease suffering, including their health and education programs. We learned about childhood abuse, sexual abuse and family violence in the brick kilns and discussed how art and drama would be a way to engage the community and break down some barriers between child protection workers and the community. It was the start of a close relationship with Subarna and Nirmala, UEMS, the brick kiln workers and the local community.

Subarna stood out as a learned young man – he had a great command of English, a worldliness from time spent in Cyprus, as well as his exposure to so much of the difficult lives lead in Nepal. He was a graduate of the Nepal School of Social Work and had within him the necessary blend of intellect, compassion, enthusiasm, skill and charm to be the sort of Social/Child Protection Worker, so needed in Nepal. His maturity was beyond his years.

He was also a young man – at that time about 25. His youth showed in his get-up-and-go attitude, enthusiasm, his love of his football and motorbikes and his impish humour – at Alex’s expense when he discovered the disjuncture between Alex and motorbikes!

We liked him immediately.

Over the next month or so, we ran projects with UEMs in the brick kilns and the local community school with Subarna and other workers. We respected his ability to sit on the ground with the local people, talk sincerely with them, to help the children with drawing, encourage older people with using crayons and getting the necessary things in place to make the project work. He would translate; as well explain to us some background and individual stories. His keen eyes would notice the sickly child, the eye infection, the possibly broken arm and immediately set in train the care required.

In the year between our visits Surbarna  left UEMs to take up a role in education.

After the 2015 earthquake we were relieved to know all our Nepali friends and colleagues had survived.  In January 2016  we enjoyed a lovely evening together when we first returned to Nepal. Subarna told us about the earthquake and its impact.  He then told us his story of the earthquake and that it was one of those youthful moments – a split second decision that stopped him entering a building that moments later collapsed. The idea that he had come so close to danger was dreadful to us, even when we knew he was safe.

He told us about the blockade and the additional hardship that it had imposed on an already suffering country.  He had a clear understanding of the complexities that is Nepal – and he cared deeply for its people.   He shared a little more about his family and through those insights we understood more about how ingrained cultural inequality plays out. He decided to take a day off to work with “you guys” as he called us. He turned up at the brick kilns just as the project was getting off the ground, and immediately knew what to do.

He got the arts and community. He got the arts in education. He got what we are trying to do. He got what people need. He was intuitive and unafraid of jumping in – he knew what do to and he did it so very well. We loved working with him and missed him when he was not around.

We were utterly shocked and devastated to hear of his death on the weekend.   He was one of those people who Nepal so desperately needs right now and into the future. We feel heartbroken by the loss of this individual, and for all his lost potential. We feel so deeply for his grieving family – and we want you, his family, to know what an outstanding person Subarna was – your gift to the community, to us. We share in your grief, and mourn. 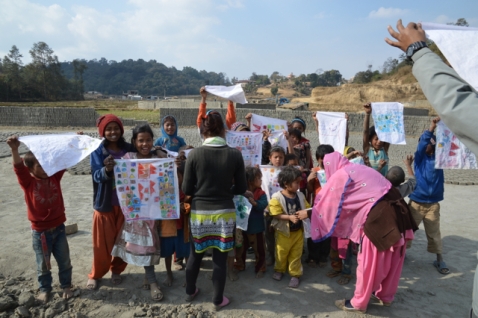 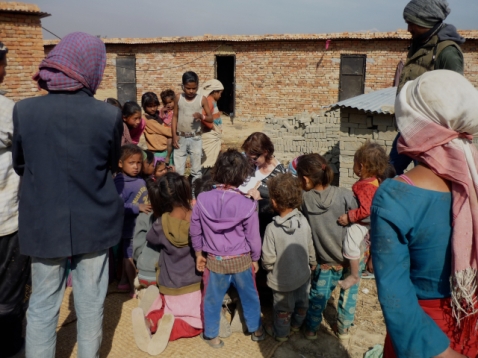 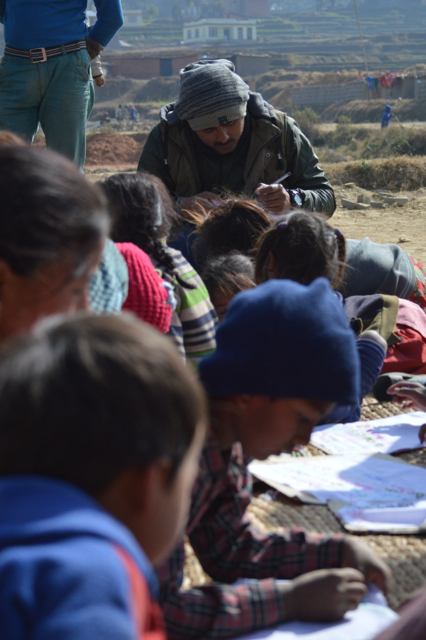 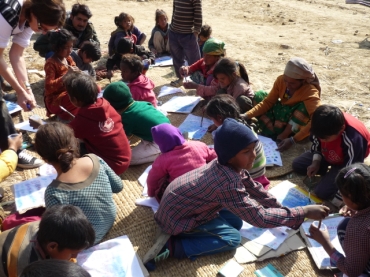 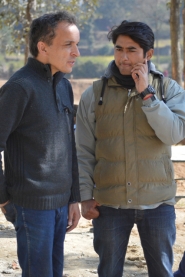 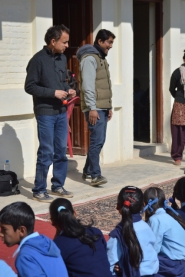 Subarna with Alex at the Navojyoti School. 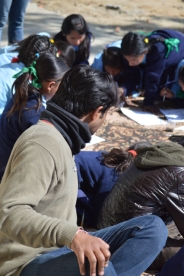 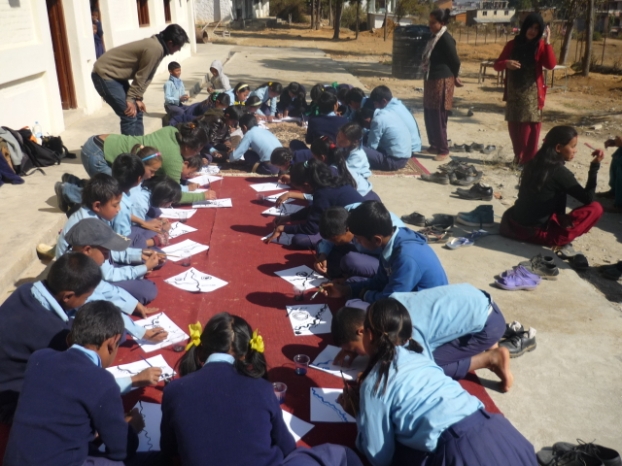 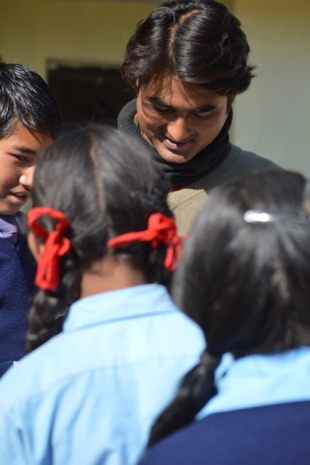 Subarna at the Navojyoti School. 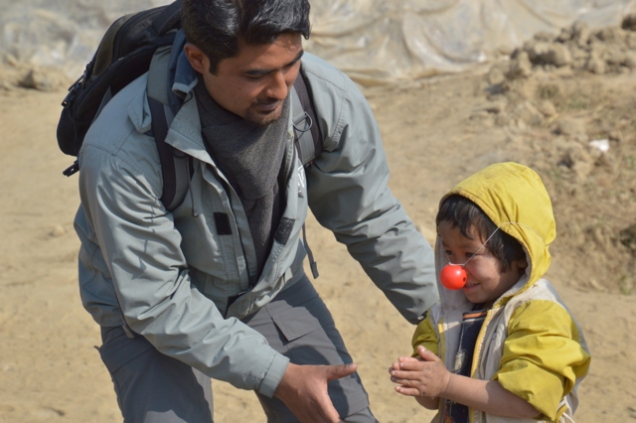 Subarna always helped others. He is helping a child mime hand-washing … part of our arts and health program. 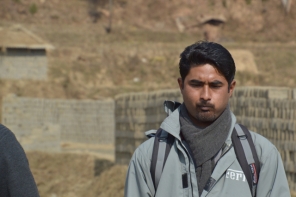 Subarna always participated. Here he is miming rinsing the mouth after teeth-cleaning … part of our arts and health program. 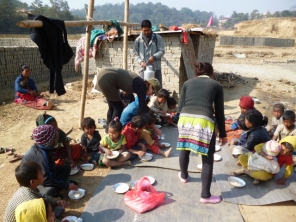 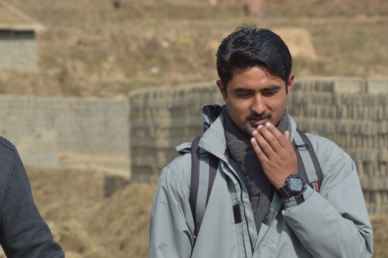 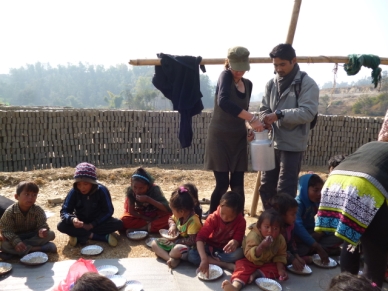 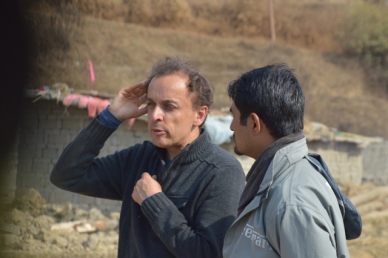 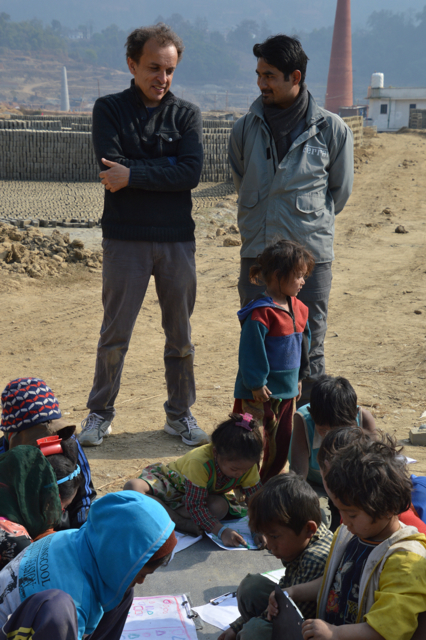 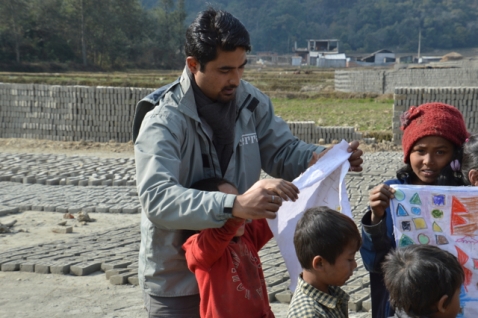 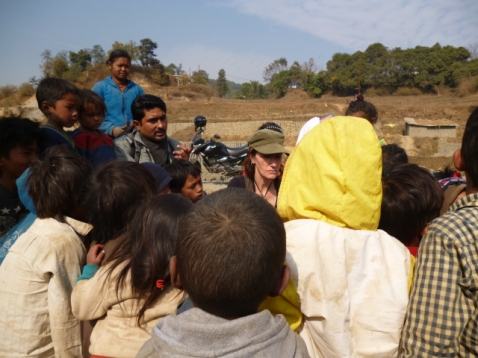 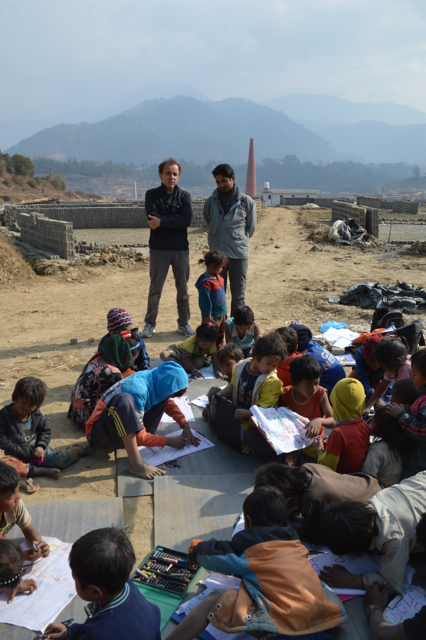 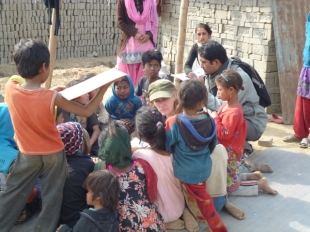 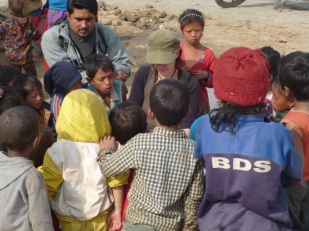 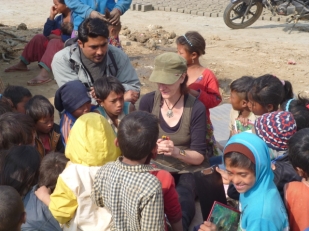