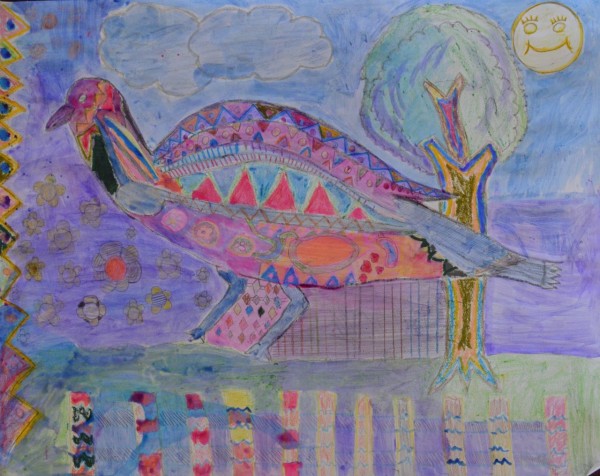 During our six weeks in Nepal we have worked with lots of children at the Art and Music Centre, Unatti Home, and local schools.   We have got to know many of the children and young people with whom we have worked, and also have spoken to  community leaders and social workers who have helped us form some observations about education in this country.

I think few would disagree that there are severe problems which impede a child’s desire and need to learn.

We started a twitter and Facebook series to highlight some of the many difficulties that impact on education … not to be negative, but to draw attention to some of the systemic and personal issues  present.  Over the next little while we will be adding to that – with some background information to paint a picture of the need here. Nepal is one of the poorest countries in the world and has not long emerged from a ten-year civil war.  Some years ago, the entire Royal family was assassinated which led to the end of one form of governing and the start of another.  Nepal is still in the process of finding  a democratic form of government.  As a result, there are great problems with infrastructure and education is part of that infrastructure.

I am also keen to suggest some solutions and I hope readers might come on board and help out … but more of that later.

The impediments are not in order …

Picture this : a classroom out of a Dickensian novel.  Nothing on the concrete walls except stains:  no information, posters, children’s art or work.    Rows of desks – each  for 6-8 students.  There is no paper – you cannot expect to find  a ream of photocopy paper in the school, nor could you expect to find coloured pencils, pens, rulers, or other teaching aids in the classroom.   There are no bookshelves and no class books.

Load-shedding is when there is no mains power.  In this area of Nepal there is usually two long periods during the day/evening when there is no power.  Most places have a battery backup system (called an inverter) which provides minimum power –  to power  dim lighting and some outlets.  We have seen schools with a room of computers which cannot be used during load-shedding – that is, most of the day.   Therefore, all the benefits that technology can give to a modern education are unavailable and with that, children cannot gain skills to participate in the information age.

Loadshedding affects every aspect of daily life and we will enlarge of some of these later in the series.

We have been into homes that s are dark to start off with.  without power, it is a struggle to see, and therefore  a struggle read and study.

Many Government school teachers are ill-equipped to inspire and pass on knowledge to students.  We have been told that some are untrained  and many have not received any professional development training at all throughout the teaching life.  They also  are hampered by the issues of having  few resources available to them to inspire students.

(4)  Female children having to look after younger siblings whilst parents work.

They miss school. There is no formal child care available to families. Grandparents  traditionally pick up this task but often the burden of care falls onto the older female sibling. The consequence is she misses school and falls behind in her studies.

We encountered this problem at the art centre when very small children were brought by their parents and left with the students. We saw the problems this brought – through distraction of the older child – and others in the group. We decided that the classes were only for children of school age and above and insisted the parents found another solution

These are tough decisions in a country where there are few options – however, education is fundamental to changing an impoverished country for the better and parents must encourage their children to learn and pursue their studies.

(5)  Absent Teachers.
What is missing from each of these photos? 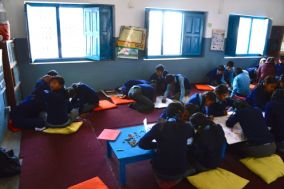 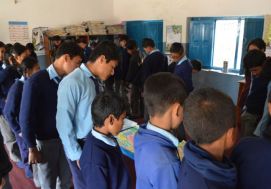 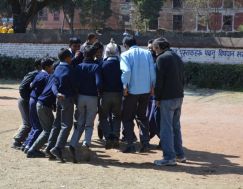 We were invited to run a series of art and drama programs in a local school. The students were interested and keen to learn. However, their schools leaders and teachers let them down. Out of five sessions, there was one teacher present in one class. And no teacher took any interest in why we were there or what we were doing. It was a sad loss of an opportunity for teachers to learn and gain insights into the use of the creative arts in education and consequently nurture the students’ imagination, creativity and curiosity.

In spite of all the impediments the school placed in front of the students – these year 7 students created some rather lovely group artworks – which I will explain in another article. 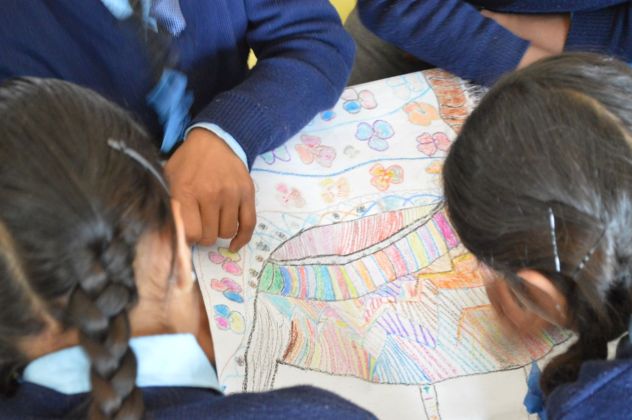 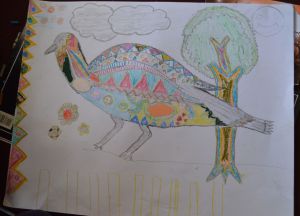 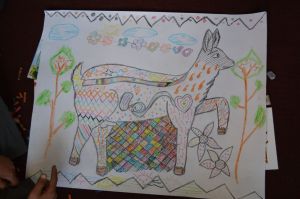 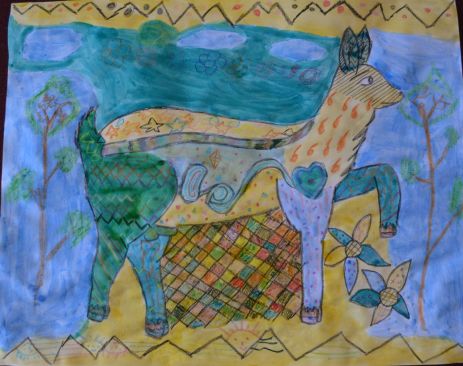 Children suffer long term development problems as a result of the mother’s malnutrition  whilst the child is inter and in the early years of their lives. Research is now showing that long-term malnutrition across generations changes the genes.

The body focusses on survival first, and growth and cognitive development next. Children miss the foundations of learning and struggle to catch up. Older children cannot concentrate, learn or participate properly without having being properly fed.

UNICEF describes the profound problems of poor nutrition as affecting capacity to learn, for analytical thinking, and socialising well with others. We see all this in the cohort of children with whom we have worked over the last two months. (UNICEF Early Childhood Development. The Key to a Productive Life undated) 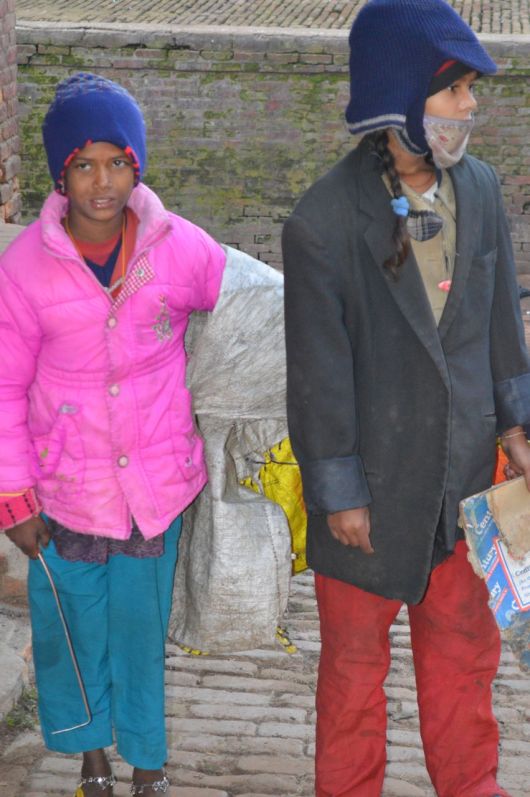 These two young girls are collecting rubbish from the streets in Bhaktapur.  We met them early – 7am on a cold winter’s morning.

Children often work as well as attend school as well as have duties within the family – such as child-minding and preparing food.  The demands on these young people can be high.