On our first project day in the salt pans, we were free-drawing with some adults and children whilst waiting for others to arrive. One mother drew this picture of a person. It is an image with which most of you will be familiar, as it is usually the first drawing a child does after scribbling – the circle, the arms to the side and two straight legs. 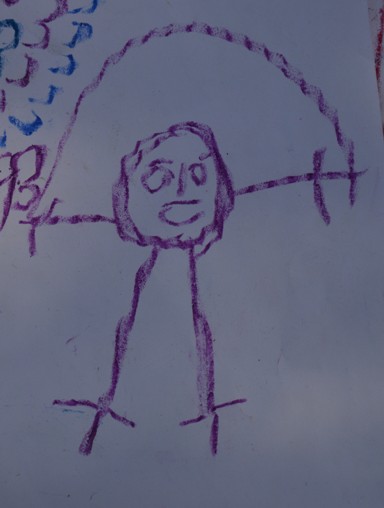 Over the years, we have noticed that many of our participants are unfamiliar with using crayons and pencils. We can see a yearning in them to jump in and do the art activity – but also a reticence because they don’t know how. This is particularly so here in the salt-pans and also in the brick kilns. We usually start them off with a bit of scribbling, then we show them some shapes and before long, they have managed to catch up with the others in the group. It is incredible to watch. All our participants are older than the toddler who would normally be creating this drawing of the person, so their motor and cognitive development enables them to get the hang of using the materials in no time. 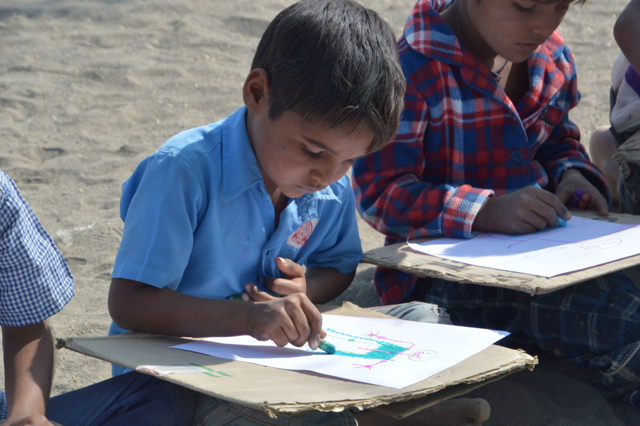 The salt-people’s exposure to the outside world, with all its knowledge, and wonder is extremely limited. As lots of the children were also drawing people during that free-drawing time, we thought it would be useful to show them a little about how the body moves though physical action and the various joints that make that movement possible.

As we demonstrated movement with some simple diagrammatic drawings some participants understood how the drawings described the action, but others found it really difficult to grasp. But they are tenacious learners and even though these things are difficult, most will persevere. We see in them a craving for education. 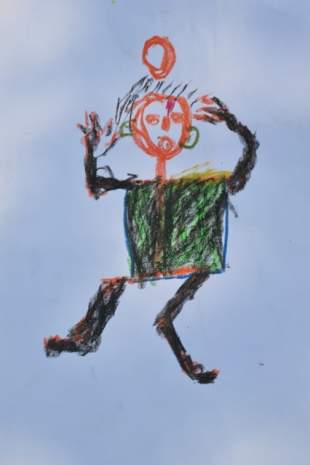 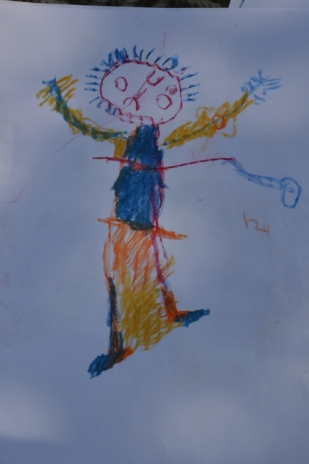 Time and time again, we see the immense importance of education; even the smallest encounter with school shows in the child’s development compared to those who have never been. We notice their ability to grasp concepts, manage tools, take an idea and built upon it; gross and fine motor skills are better. I know that is obvious – but when you sit amongst people where education has never been part of their lives, then spend a bit of time with children who have attended at least some primary school, the impact of that exposure to knowledge and skill is breathtaking.

We see lots of children who are very bright, but we know they are unlikely to develop that potential unless their parents see the value of sending them to school. Which is why Artists in Community International are keen to run programs in schools as well as work alongside community leaders who recognise the importance of education – and particularly a creative education – and encourage school attendance.