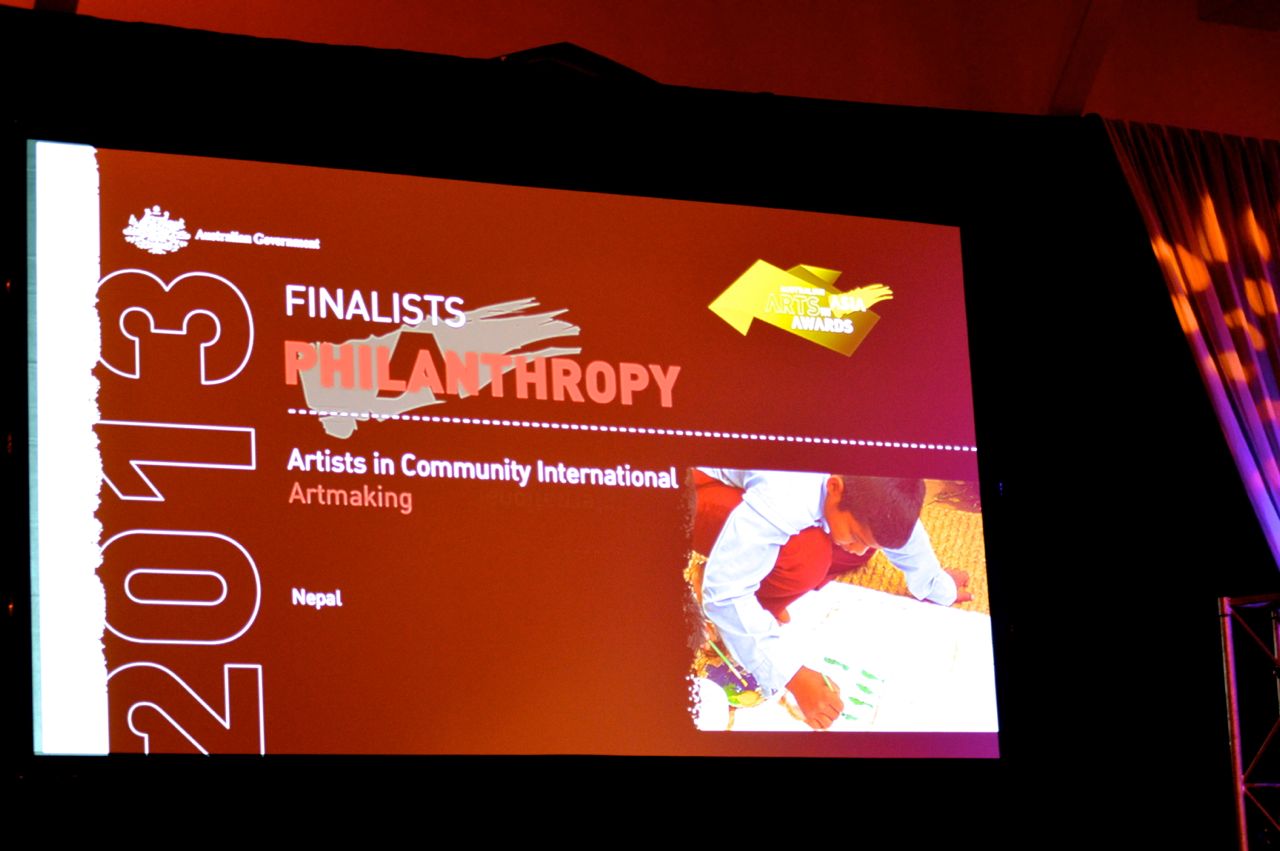 Artists in Community International’s Anne Riggs and Alex Pinder attended the inaugural Australian Arts in Asia Awards as finalists in the Philanthropy category for our work in Nepal with the Unatti Foundation and Children’s Art Village.   We were at first surprised by our nomination into that category as we are a small organisation with few financial resources.    The most common understanding of the word relates to the donating of money, however, we found it has a broader meaning, which relates to us.

1. The effort or inclination to increase the well-being of humankind, as by charitable aid or donations.
2. Love of humankind in general.
3. Something, such as an activity or institution, intended to promote human welfare.
The event at Luna Park, Sydney brought together a wide variety of artists and arts organisations who have been working throughout Asia,  the Minister for the Arts The Hon Tony Burke and Michael Danby – Parliamentary Secretary for the Arts.  The Minister for the Arts gave an inspiring speech acknowledging the significance of the  arts in creating and developing links with Asia – especially in this age of the ‘Asian Century’.
This award in an important statement from the Australian Government.   We hope the event and the recognition of the arts in Asia continues well into the future.

The Hon Tony Burke MP, Minister for the Arts with Anne Riggs (right) and Holly Schauble (Many Hands) 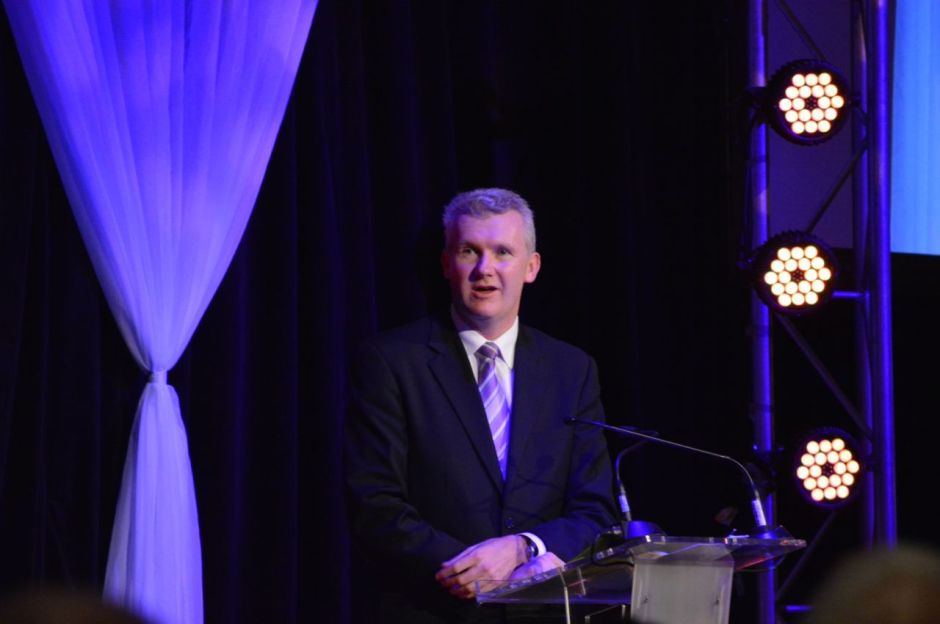 The Hon Tony Burke MP, Minister for the Arts giving an inspiring speech about the importance of arts and  culture in Australia’s relationships within Asia.

“There is a cultural engagement which is much stronger than simply cultural exchange,” he said. “It’s not only ensuring that Australian creativity is available in Asia, and the creativity of great Asian artists is available here.” 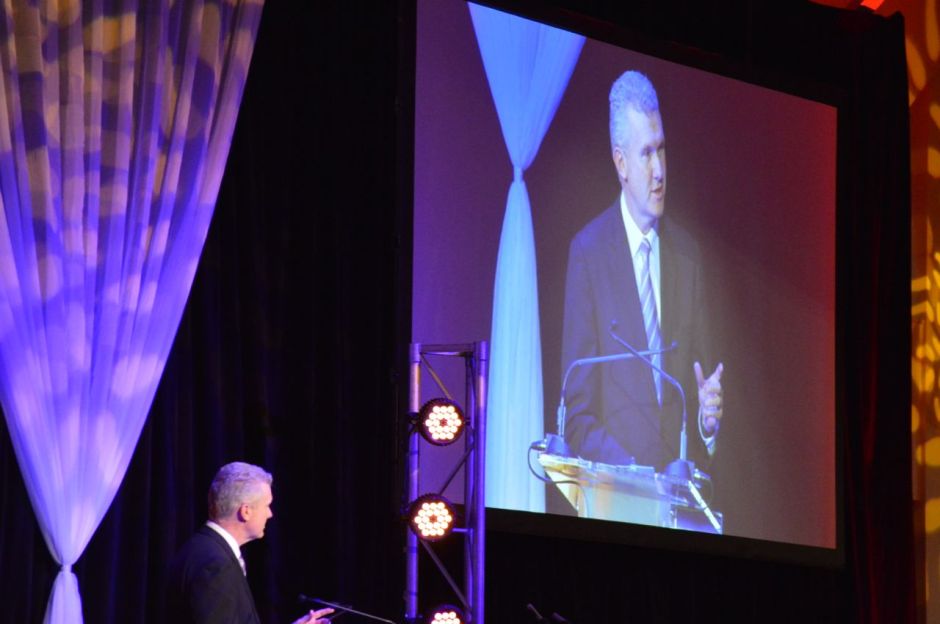 The Hon Tony Burke MP, Minister for the Arts

The Australia Council has acknowledged those nominated and the winners of this year’s Australian Arts in Asia Awards.

“It’s pleasing to see such a large number of outstanding arts projects across Asia being acknowledged for their excellence.”

On behalf of the Australia Council, Mr Grybowski congratulated both those nominated and the winners.

“The Australian Arts in Asia Awards celebrate and acknowledge the fantastic work Australian artists and arts organisations are producing and sharing with our Asian neighbours,” Mr Grybowski said.

“The quality, breadth and diversity of the work of those nominated was impressive, and we are proud to have supported many of the artists and arts organisations over time.”

The Australia Council has for many years invested in touring and artists residencies in Asia through funding Asialink, Australia’s leading centre for the promotion of public understanding of the countries of Asia and of Australia’s role in the region.

In 2012, the Australia Council supported artists and organisations for tours, exhibitions and collaborations in about 20 countries across Asia.

The inaugural Australian Arts in Asia Awards have recognised artists who engage and form creative ties with the Asian region.

The creative industries have been honoured at the inaugural Australian Arts in Asia Awards. The event recognises the achievements of local artists who engage with and form creative ties in the Asian region. (Credit: ABC)

The creative industries have been honoured at the inaugural Australian Arts in Asia Awards at Sydney’s Luna Park on Thursday night.

The awards, which is set to take place on an annual basis, recognises the achievements of Australian artists who engage and form creative ties with the Asian region.

It was hosted by SBS presenter Lee Lin Chin, with honoured guests including Australian Arts Minister Tony Burke and the Parliamentary Secretary for the Arts, Michael Danby.

The awards had 69 nominees in 14 categories ranging from music, theatre, literature, music and visual arts.

It was an opportunity to recognise emerging talent and to honour those who had long been taking their stories to the region, such as indigenous dance company Bangarra, which first started touring Asia in 1993 and next year will celebrate 25 years in the industry.

Bangarra was the joint winner in the dance category along with “Game On”, a piece that explored traditional and contemporary communication and values between Australian dance and Indian music.

Creator Annalouise Paul, whose mother passed away during its development, says it was an emotional win and her an opportunity to reconnect with her Indian father.

Australian artists working in China were also big winners on the night, taking out half the awards and winning eight in total.

Playking Productions and Arts Centre Melbourne won both the theatre and partnerships categories for their co-production with the National Theatre of China for Cho Cho, a modern bi-lingual retelling of the traditional tale of Madam Butterfly.

Beijing-based Jayne Dyer got the gong for best individual artist for her expansive sculptural piece, “The Butterfly Effect” which was commissioned and installed in the Four Seasons Beijing.

Asia-link got the nod for community engagement picking up the award for the Bookwallah project: a roving international writers festival that involved taking five authors across India and Australia by train.

Great Western Entertainment won best film and digital for Serangoon Road, a detective television series set in a volatile 1960’s Singapore which will be seen on ABC later this year.

Australian artists working in Thailand, Mongolia, Vietnam, and East Timor were also recognised at the ceremony.