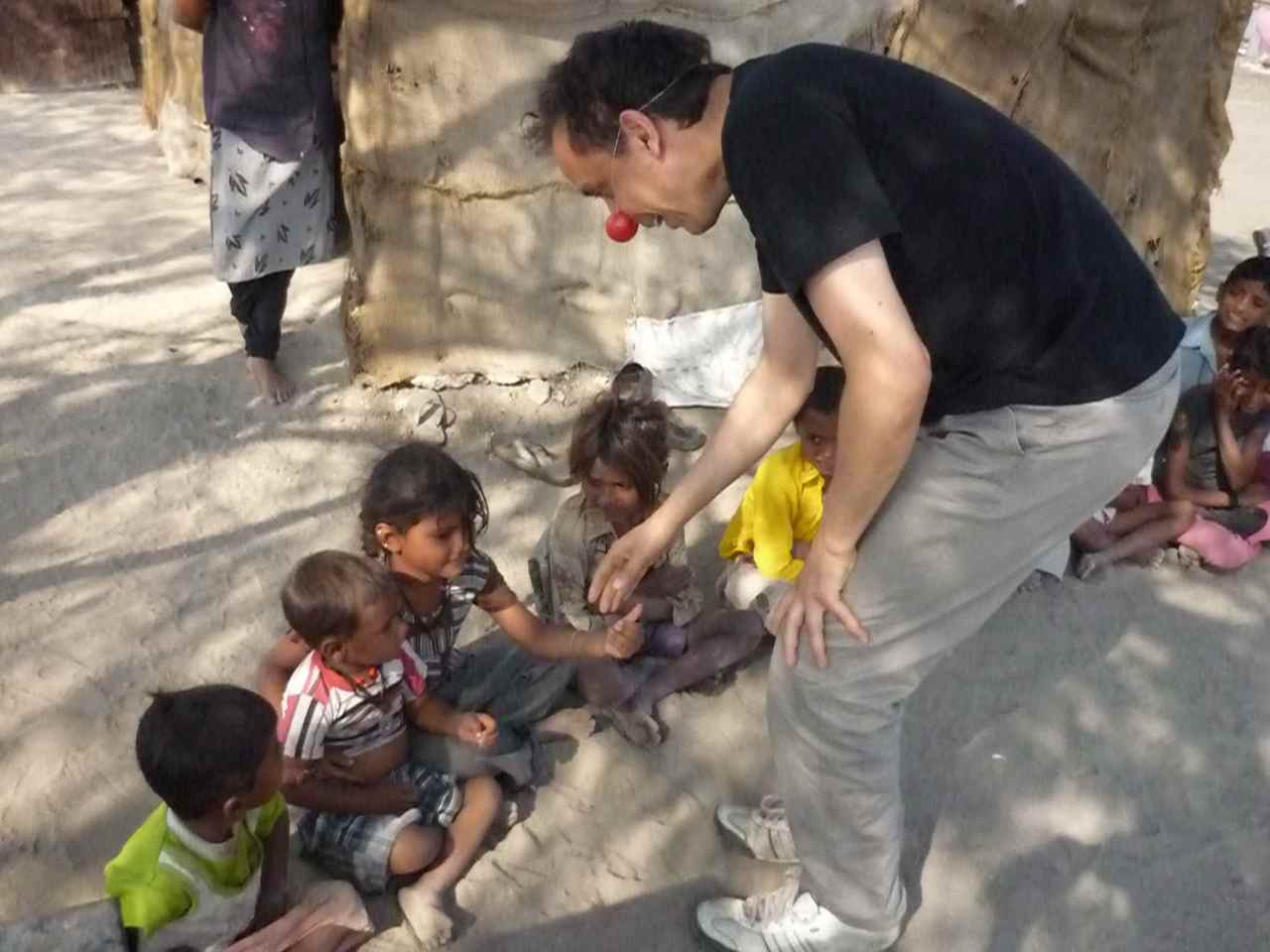 Creativity can happen everywhere, as the slides on the movie link http://youtu.be/dJcvwmuu1mI shows.  They are all images of spaces where creativity happens which we either noticed or worked in during our time in Gujarat.  For those of you who have travelled throughout Asia, some of these sights are well known to you; for others, we hope that they will give you some insights into the how and where people express their creativity.

Gujarat is in the west of India, Rajastan is to its north east.  It is a dry and hot place with desert as well coastal and jungle areas.   We spent most of our time there in its main city, Ahmedabad, as well as in Zainabad, which is a village, and in the Rann of Kutch, a desert.

People have access to all sorts of spaces that may not seem conducive to creative practice, nonetheless creativity bubbles up in the most surprising as well as challenging places.  One common sight here, and throughout India, is the brightly coloured trucks and carriages.  These contained spaces provide a creative outlet for truck owners a feast for viewers’ eyes as they bounce along the roads of India

In the Ahmedabad mild winter, the weather is very predictable; therefore much creativity happens outdoors and often in public – such as at the Mahatma Gandhi International School, where we conducted most of the art classes in the terraced playground.  In this leafy part of the city, monkeys are frequently observers of school life and can also disrupt a class with their high jinx in the trees.

The interior spaces in the village school were very dark.  Classrooms were illuminated by one lonely light bulb, which barely impacted the winter light.  It was an impossible space to create visual art so we had to move outside into an outside corridor.  The dim interior light gave us another reminder of just how difficult conditions can be in which children are expected to learn and create.  A lack of paper for my drawing project further emphasised these hardships.   Things we take for granted, such as light and materials, can never be taken for granted here.

Children work cheek by jowl in small areas and are unfazed by the close proximity of other students.  Spaces don’t always have tables and chairs and much work happens on the floor.   It is interesting to note how little any of the schools in which we have worked are concerned with issues such as furniture design, and as a consequence can have a lively unique quality that can be lost in the homogenisation of design that we have become used to in developed countries such as Australia. In some of the village schools we have visited the furniture is rudimentary.

In our workshops adults and children sat crossed legged on the floor creating works of art in paint and clay.  We have seen artisans squatting on their haunches in tiny spaces creating beautiful musical instruments that we imagine are played and enjoyed throughout the world.

Other creative spaces are much less lively but are definitely unique, as we discovered in the Gujarat desert around Zainabad where we ran a project with the saltpan families.   These people live in the harshest of circumstances are amongst the most vulnerable and exploited people with whom we have worked.  We will write about that project separately.  The image of the small hut with the pink plastic roof is a playspace for these desert children; they create toys and play objects from the mud of the saltpans and eating utensils.  It was heart-wrenching example of childhood.

In an urban village in Ahmedabad, workers make extraordinary plaster effigies for holy spaces and shrines on the side of a road along which we travelled each morning to the school where we were teaching.   We were amazed to see these beautiful figures being constructed and emerging from these unlikely studio spaces.  Goats, children, camels, cows, cars, scooters, motorbikes, the washing, the cooking, the cleaning, the elderly, the disabled, traffic and the rich intersect with these outdoor creative practice – a level of distraction that would seem untenable for many creators used to quiet and controlled creative spaces!   We visited there one afternoon, but sadly it was in their rest time, nonetheless, the makers were delighted by our interest and loved having their pictures taken.

The drumming soundtrack in the video comes from an early morning greeting into the city of Ahmedabad.  It was wedding season and we awoke to the sounds of drummers in practice.